Hi! I haven’t posted in English for a long time, but I got over depression and started my new blog. So I’ll sometimes post in English from now on☆

Now 2017 is almost over, so I’ll write about what happened this year.

On the 14th and 15th, I was supposed to take exams for French, English literature and so on, but I couldn’t go because of heavy snow… I was working really hard  to prepare for it though. I was sad.

On the 25th, I went to Tokyo to take my final exam. It was an oral examination about my graduation thesis.

I majored in French literature and wrote about Albert Camus’ “Caligula,” which is an unfamiliar and abstract play in Japan. I managed to penetrate it compared with “L’Etranger (The Stranger or The Outsider in English).”

I made a presentation about my thesis and received a compliment! I did it! …It was a long school life. It was tough to balance work and study, and took 15 years! After the exam, I couldn’t stop my tears. I was so happy☆

Even though I finished studying, I was still busy at work. Also, I felt accumulated fatigue from many years… I needed something pleasant for a change, so I was really looking forward to going to see Versailles’ live show in Budokan on the 14th. 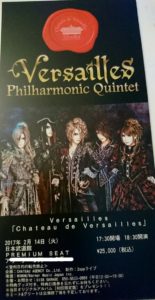 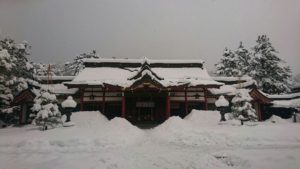 Finally, I gave up going there. I was too tired to move… I was really disappointed. I wish I could have told them and my friends about my graduation…

Busy season was over! But I still felt down. I had a stomachache and couldn’t eat well for a few weeks…

My holiday for 5 days was scheduled and I went to Yokohama. 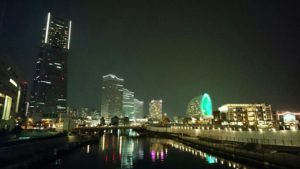 First day, on the 20th, I attended an event of voice actors in Tokyo. These days I’m a fan of some voice actors. Especially I love Morikawa Toshiyuki-san… who acts or sings in many anime, narrating in TV shows and dubs Tom Cruise, Keanu Reeves, Ewan McGregor, Jude Law and so on. Also, he is called “The emperor in the BL world (ahaha).”

I went to see him for the first time. His voice is really good!!! We can hear his voice everywhere, for example, in Tokyo Disney Sea!, but rarely see his acting in front of a microphone. So it was very interesting.

Then I visited Tokyo SkyTree or took a walk in Yokohama for 3 days.

On the 23rd, I attended the graduation ceremony at Keio University, which is the oldest private school in Japan and one of the most difficult schools to enroll and graduate. Especially, it is said that the rate of graduation of the correspondence course is 5%. When I received a diploma, I was almost crying. 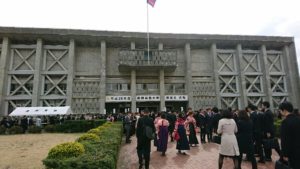 After the ceremony I went to have dinner with my mother at a restaurant where we can enjoy the harbor light. I brought back the hard times… writing a paper, having a fever on the day for the test. But now I can say that everything is good memory for me. I really studied hard and got much knowledge. I had a wonderful experience. 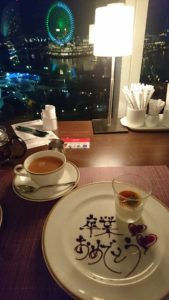 I enjoyed the holiday. My stomachache got better.