After the graduation, I quitted a part-time job and became a full-time worker. I was asked to do new kinds of work and had to study more. It’s not necessarily fun for me to study for the job. In addition, I was too busy at work to learn French, so I decided to take a French certificate exam, Futsuken. 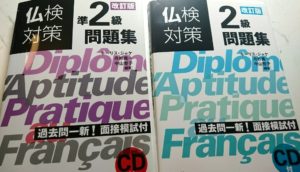 On the other hand, I wanted to do something new for a change, I began to watch various anime programs. Especially, I was into Star-Myu, High School Star Musical. Originally, it was announced that Morikawa-san, who is my favorite voice actor, would act in the second season and I watched its first season on Amazon Video… I love it!!!

The story is that students in a musical course set out to become musical stars. The details are here (Wikipedia).

All the characters are good boys and look brilliant! During the story, some characters suddenly begin to sing, which is fun (ahaha)! …On the other hand, I was so tired and felt depressed at that time. I envied them.

Then the second season began. It was more interesting than the first one. Of course, Uozumi-san, whom Morikawa-san acts, is very attractive♪ Star-Myu gives me positive thinking and energy☆ I watched many times and sang the songs♪

I have to get up earlier than usual tomorrow. Good night☆