I had to keep myself busy with something or go crazy… Summer vacation, which means busy season at work for me, was over, and I had a few days off… Then I got hit with anxiety. I thought I would go to see a doctor, but I didn’t feel like going out even to do so…

However, I had to study French. I’m not good at French… I didn’t think that was going to end well. I tried to concentrate on studying French. I went to a café or a restaurant and studied hard.

At the end of the month, I went to see Collection of Museum Boijmans Van Beuningen Bruegel’s “The Tower of Babel” and Great 16th Century Masters in Osaka. 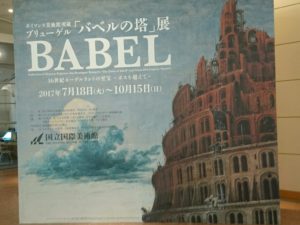 I don’t have a detailed knowledge about arts but am interested in them. Above all, Morikawa-san was in charge of a narration in the audio tour, and I wanted to listen to it!!!

I really enjoyed the exhibition. Thanks to the audio tour, I was able to know what it was like in the 16th century, when Bruegel lived, who he was, and what inspired him. His drawings are precise and had a real and a dream world… There were many monsters on the pictures. On the other hands, “The Tower of Babel” was so beautiful! Great work!

Morikawa-san entertained me with various kinds of voices… I sometimes laughed when he acted Tarao, Mascot (ahaha).

Tarao is odd… not so cute. But he became popular and went to the Netherlands (wow)! 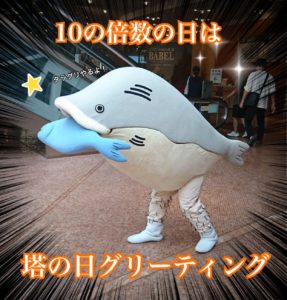 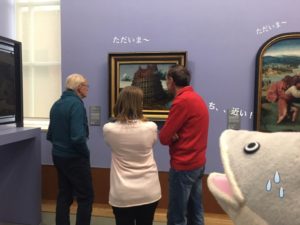 I was just preparing for the French exam in November. Grade 2 was difficult. We need to get about 65% scores to pass, but I got less than 50% at that time…